On the occasion of his autumn inaugural lecture, Pesti Vigadó interviewed philosopher and intellectual historian Secretary General of the Hungarian Academy of Arts and Corresponding Member of the Hungarian Academy of Arts Dr. Tamás Gergely Kucsera about philosophy, the tasks and aims of the Academy, and the situation caused by the COVID-19 pandemic.

In all likelihood, this is an inclination born with the person in question, which – due to one's inner drive – one either develops or overlooks. This choice is partly caused by environmental factors and partly by one's personal decision. In my case, it is probably both. Just like in the case of a fine artist, I observe the same thing as an artist but I see something different, and the same holds true to philosophers. The question of what it means to do philosophy is a philosophical question in itself.

What do philosophers have to do with arts? You pursue your activities in the Hungarian Academy of Arts' Section of Art Theory…

What art entails is not an artistic question but a philosophical one. Artists have to offer an answer to this question in the practice of reality. The way philosophy occupied arts constitutes a modern question of art theory, whereas the aesthetic, i.e. beauty, lost its appeal or has become only a partial and not necessarily essential constituent of artworks. Since humankind has been reflecting on products created by somebody's sense of beauty and based on this very person's sense of beauty, the questions of what beauty is as well as what makes beauty beautiful and why this is so have constantly been evolving and discussed. Does this happen due to some hidden, ideal and universal thing or is the beauty of art bound to the being beholding art? These are very early questions in philosophy, and at the beginning of my career I was also entangled in questions of this kind. 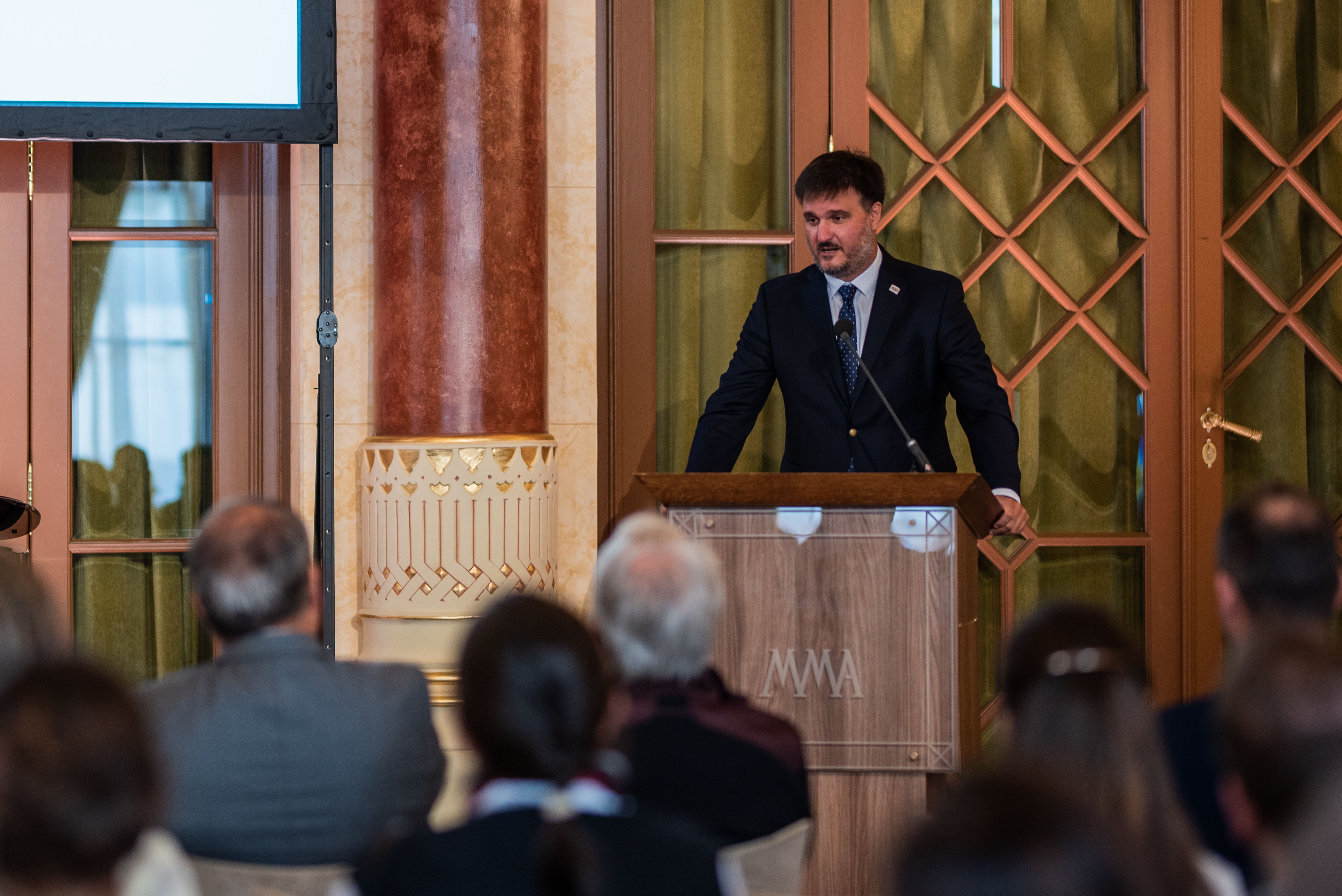 At the beginning, the Hungarian Academy of Arts did not have any sections of theory. What prompted the creation of this section?

In the old days, the Hungarian Academy of Arts, which then functioned as an association headed my Imre Makovecz, already had some art theorists, suffice it to mention Manna Supka, Katalin Dávid, Zsuzsanna Erdélyi or Katalin Keserü. When the public body of the Hungarian Academy of Arts was established, there was indeed eight sections. But soon after it I suggested to the President of the Academy György Fekete that it would be worthwhile to consider the foundation of a separate Section of Art Theory and that theorists should also be eligible for becoming members of the Academy. At the same time, I also raised the issue of the potential foundation of the Research Institute of Art Theory and Methodology, which addresses goals associated with the Gesamtkunstwerk nature of the Academy but is not really engaged in researching art history. In fact, the Institute analyses the present from the viewpoint of contemporary artists, and takes this orientation when it directs its research of the past. In a similar fashion, the foundation of the Academy's theoretical journal entitled "Magyar Művészet" was also based on these considerations.

I think the invitation to welcome theorists is also part of Founder of the Academy Imre Makovecz's heritage: a society fundamentally composed of artists selects and invites non-artist professionals to become its members so that they can engage in intellectual dialogue with these people and turn to them for help to facilitate self-reflection and to foster dialogues between different fields of art. Given my professional background, i.e. my early ambition to become a private singer, and later on my interest in art theory and aesthetics during my university years, I was glad to assist in managing and advancing this cause. I believe it is not unusual that one finds such natural relationships and interlinkages at an academy of this kind. 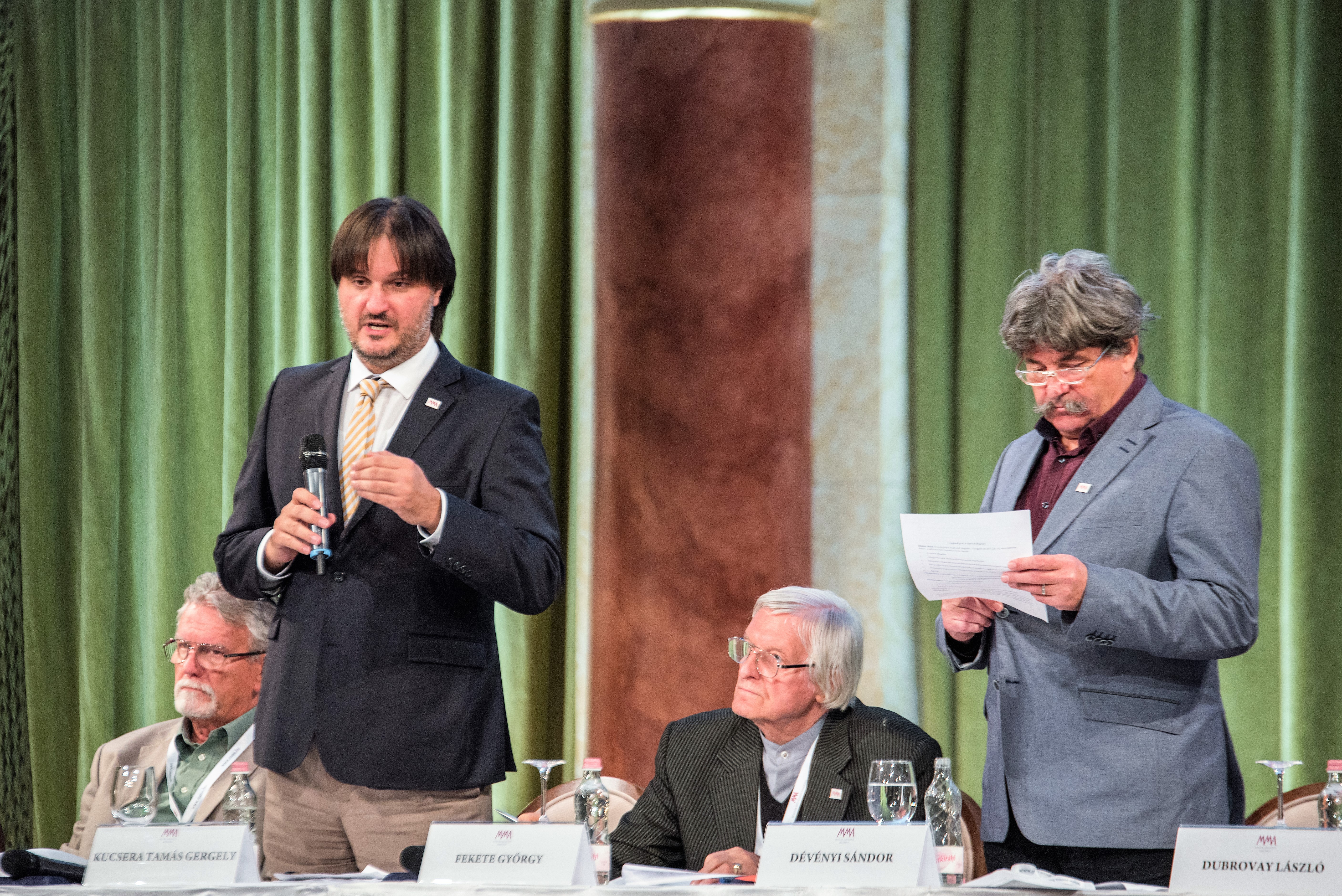 What kind of tasks is the Hungarian Academy of Arts engaged in?

According to the pertaining legislation, the tasks of the Hungarian Academy of Arts extend to the provision of all kinds of all-embracing cultural jobs through arts. An academy of arts fundamentally deals with artistic activities including the popularisation, mediation and presentation of arts, as well as education about arts and theoretical activities related to these jobs. In other words, an academy also addresses activities that are beyond but based on artistic activity. In turn, this also means that the scope of our activities is quite varied. Our activities thus include the nurturing, management, preservation and presentation of national and universal cultural heritages just like the presentation of contemporary arts and making arrangements for the realisation thereof. These activities can be interest representative in nature and a likewise important objective is to keep the community together as the Academy also serves as a meeting and reference point for Hungarian art life. Thanks to the 300 academicians, 70 ‘Artist of the Nation' award winners, over 700 non-academic members of the public body as well as 300 arts scholarship and other scholarship winners and supported professionals, the number of members of this community totals several thousand. Certainly, this high number of people necessitates different levels of institutionalisation as well, which, on the part of the members, constitutes an obligation and, on the part of the general public, is an expectation. Put differently, if somebody wishes to execute tasks set out in the law, they can no longer be and function as an association or a society and rely on a small-scale structural arrangement or volunteers. However, if this institutionalisation is successful, basic values can be retained and thus spirituality and intellectuality can be institutionalised, and in that case it is no longer the institutional structure that defines and decides on the intellectuality of the operation of the institution in question. The success of the past decade is also underscored by the fact that the founding members, including József Finta, Imre Schrammel and Csaba Bodonyi, are here with us at the Academy. Let us just consider and try to imagine why these people undertook to found a friendship-based society 30 years ago. From the very start, they must have had a determined responsibility, awareness and sense of service to the general public, which they undertook in order to serve their nation and all Hungarians living in the Carpathian Basin or elsewhere in the world. The Academy is realising goals defined 30 years ago. This certainly does not mean that there has not been any change in the manner of the realisation of these goals for 30 years. However, the reasons behind the undertaking, the goal itself and the determination to reach the goal have not changed. The pathways leading to this goal, however, are now inevitably different. 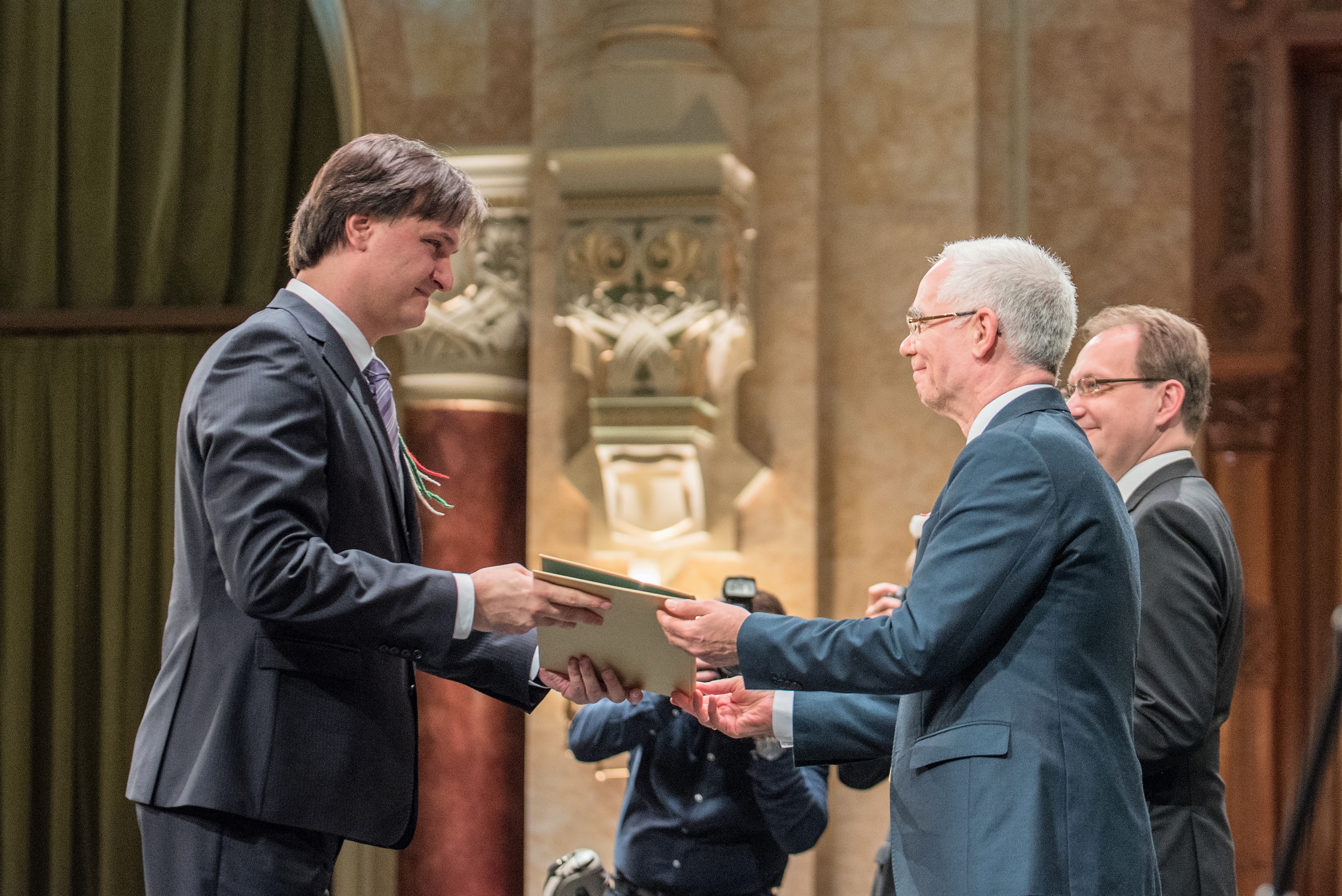 The two world wars, the Treaty of Trianon, foreign occupations and annihilation attempts against certain social groups have eliminated the middle class. This virtually non-existent middle class could have acted in its capacity as a historically determinant social layer and may have assumed responsibility for culture. The middle class we are talking about may have originated from the nobility, from the historically interpreted upper-class, from the higher layers of the working class or from the peasantry: this part of the society was a definite consumer of culture and they themselves were able to finance their own, their families' and special groups' cultural interests and demands. The past 30 years was incapable of processing, digesting and overcoming these social traumas, and was likewise unable to rectify this situation. In other words, a situation when culture is financed through spontaneous social self-organisation or through internal economic decisions in spheres and fields independent of the state has not yet been achieved. For this reason, the state cannot abandon the cultural spheres it supports. Still, it should ideally strive to reach a state of affairs when support for culture becomes a responsibility assumed by the individual or by entities beyond the state. At the moment, the current state, even through exerting special and concerted efforts, does realise infrastructural developments and does support artworks produced by individuals.

In the pandemic era, the enormous amount of state support and intervention – even as compared to Western European standards – may benefit all of us. This is especially interesting as so far such state support and intervention have been interpreted as a burdensome heritage of the past. If the general economic situation continues to be as stable as it is today, the current mechanisms of state support and intervention may further be maintained and operated. And this may happen much more extensively than in Western Europe, where individual civil society or economy related decisions are now characterised by the state's withdrawal from the sphere of culture in an attempt to maintain economic stability. In my understanding, it is very likely that Hungary will be able to keep the social fabric of culture intact even under these circumstances.

What are you the most proud of during your office as Secretary General?

What I am the most proud of is our community, our responsibility for the nation, the preservation of the foundations of the unity of the good, the beautiful and the true as well as, on the basis of these values, the development and construction of the institution of the Academy. The first and most beautiful form of this institutionalisation was the Academy's participation, managed by President of the Academy György Fekete, in the reconstruction of Pesti Vigadó's building. In the scope of this activity, the Academy joined a process and was also in a position to influence it. In terms of the institutional development of the Academy, what could be done has actually been done. Right now, due to deaths and the joining of new members, new members outnumber old members and yet the old well-established spirit of the Academy has been maintained. The founders are not simply remembered but they are still living among us. 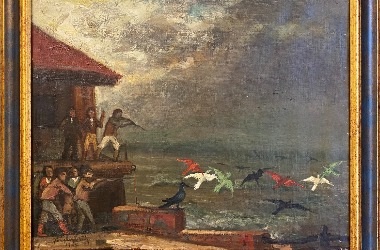 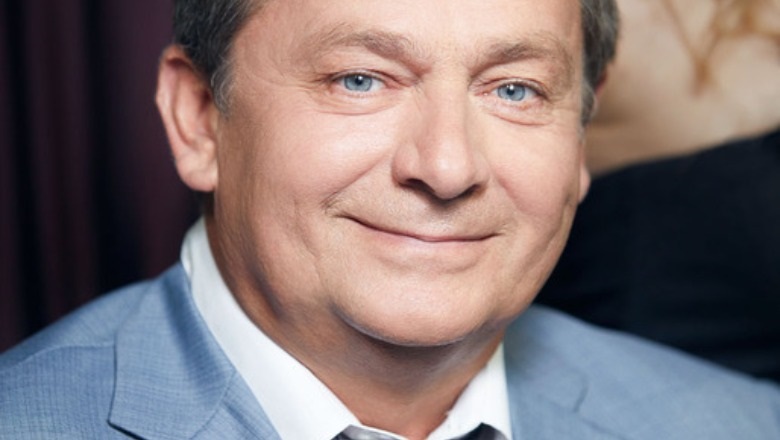 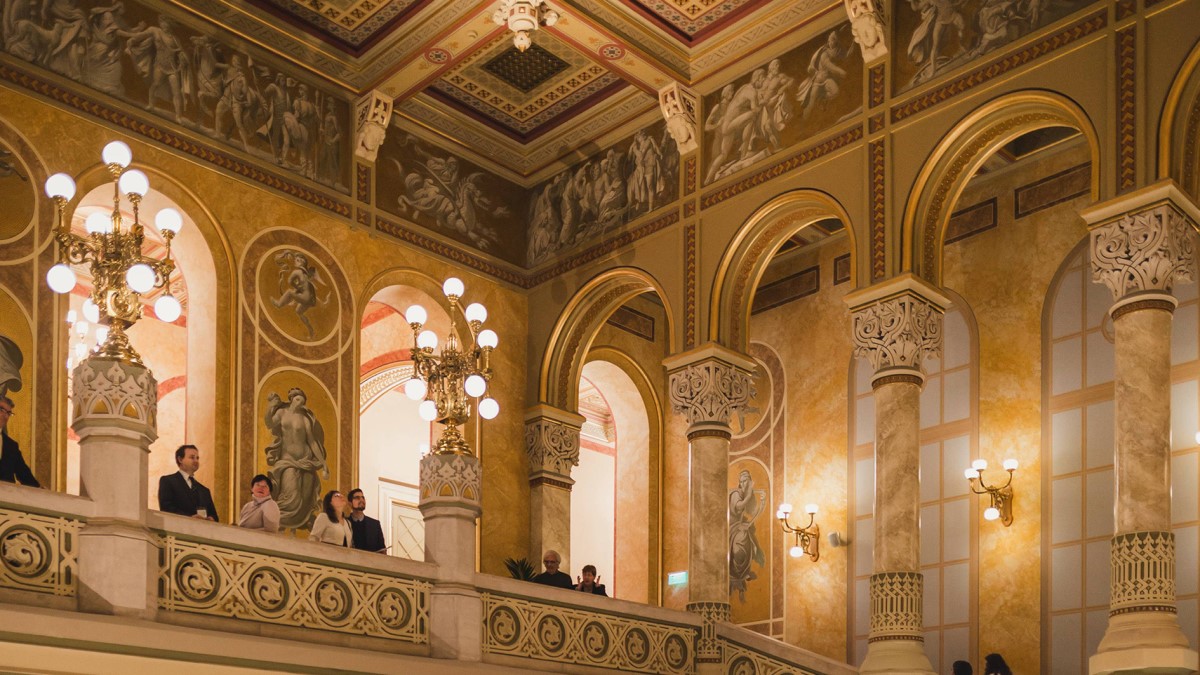 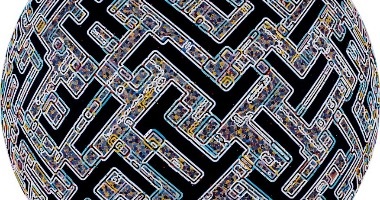