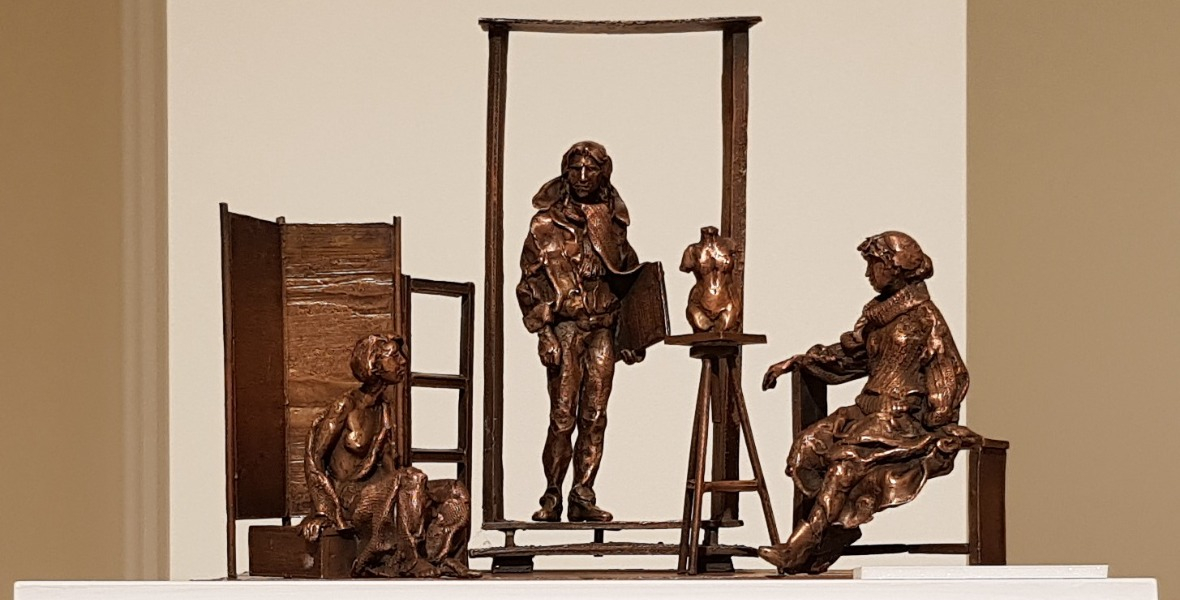 For the artwork of the month of July, we have chosen Judit Zsin's Art School. The work is on display in our Message exhibition until 28 August. 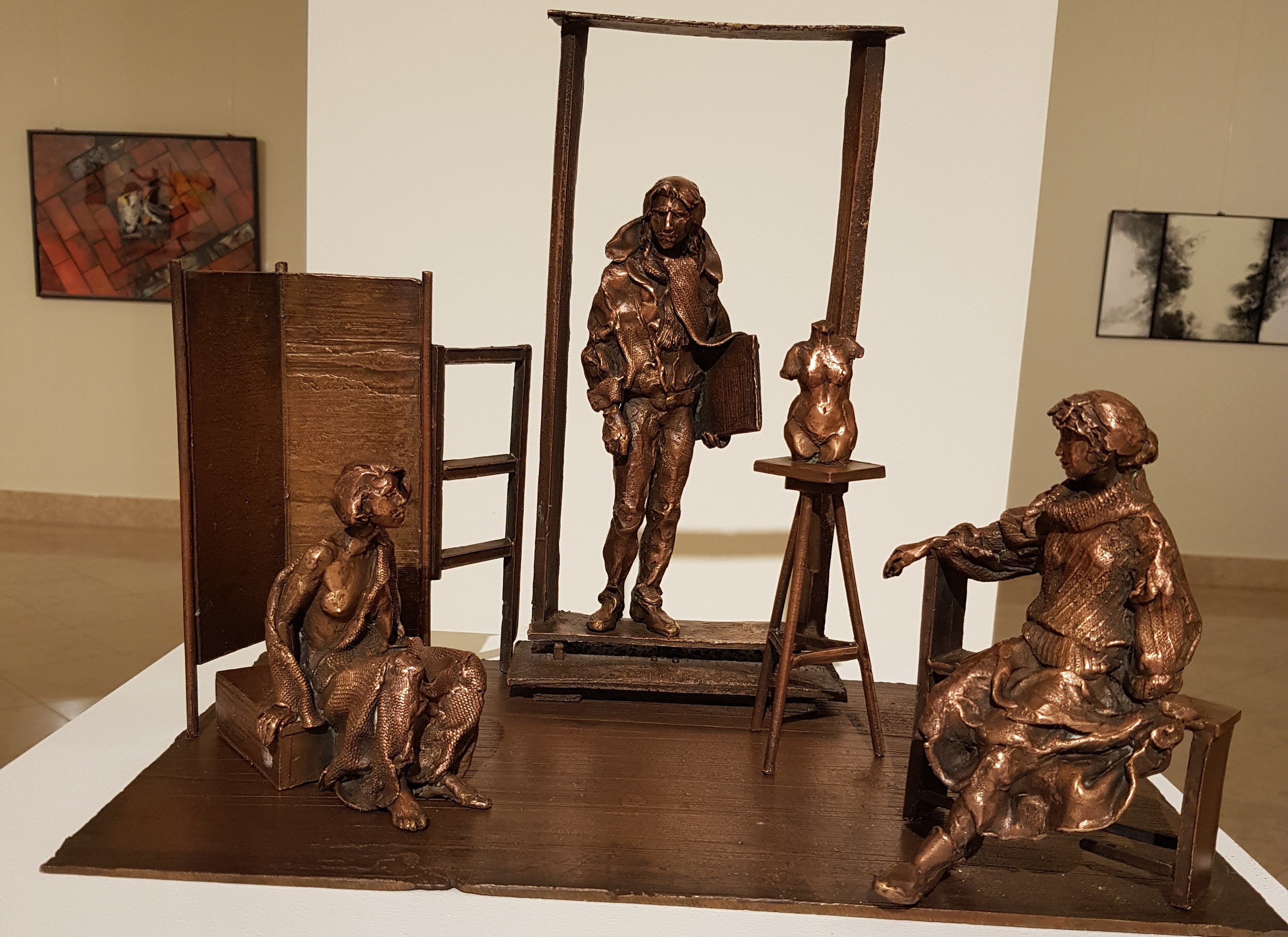 A ballad about the power of poetry (excerpt)

„…On a sunny summer afternoon, a poet entered the booth. He called an editor and said:

-- I have found out the last four lines!

He read four lines of a poem from a dirty piece of paper.

-- Oh, how depressing it is! said the editor. -- Rewrite it once more, but much more cheerfully.

The poet argued in vain. He soon hung up the receiver and left.

No one came for a while, the booth stood empty. Then a middle-aged woman appeared there. She was conspicuously fat, with huge breasts, in a large-floral printed summer dress. She wanted to open the door of the booth.

It was difficult to open the door. At first, the door didn't open at all, but then it suddenly sprang out, in fact pushing the lady back into the street. The door responded to the next attempt in such a way that it was already worth a kick. The lady staggered back felling to a mailbox.

Passengers waiting for a bus gathered around. One of them was a man with a briefcase, determined in action. He tried to open the door but was hit so hard by the door that he fell back on the pavement. More and more people gathered there, making comments about the booth, the telephone company, and the lady in large-floral printed dress. Some thought there was a high voltage current in the door, others said that the lady in large-floral printed dress and her accomplice wanted to rob the coins from the device, but they were caught in time. The booth listened silently to their senseless guessing for a while, then turned around and walked calmly along the Rákóczi avenue. There was a red traffic light at the corner, there the booth stopped and waited.

People looked at it but said nothing; in our city they don't wonder about anything, at most about things that are natural. A bus arrived, took the passengers, and the booth wandered further along the Rákóczi avenue in the bright summer afternoon.

It looked at the shop windows. It lingered in front of the florist, some saw it go into a bookstore, but they might have confused it with someone else. It picked up a shot of rum in a pub in a side street, then walked along the banks of the Danube and crossed to Margaret Island. It saw another phone booth at the ruins of a medieval cloister. It walked on, then turned back, finally crossing over to the other side, and began to stare at the other booth tactfully but persistently. Later, when it was getting dark, he waded into a flower bed among the roses.

What happened at the ruins at night, what not, cannot be ascertained because the public lighting on the Island is poor. But the next day, early passers-by noticed that the booth in front of the ruins was full of blood-red roses, and the phone was switching incorrectly all day. The other booth was nowhere to be found by then…" 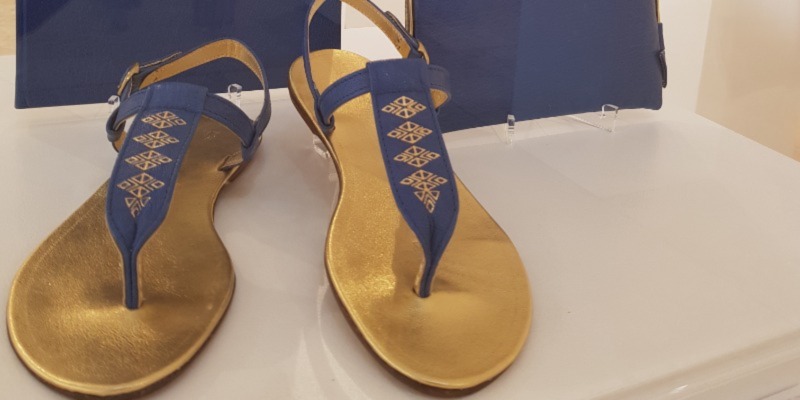 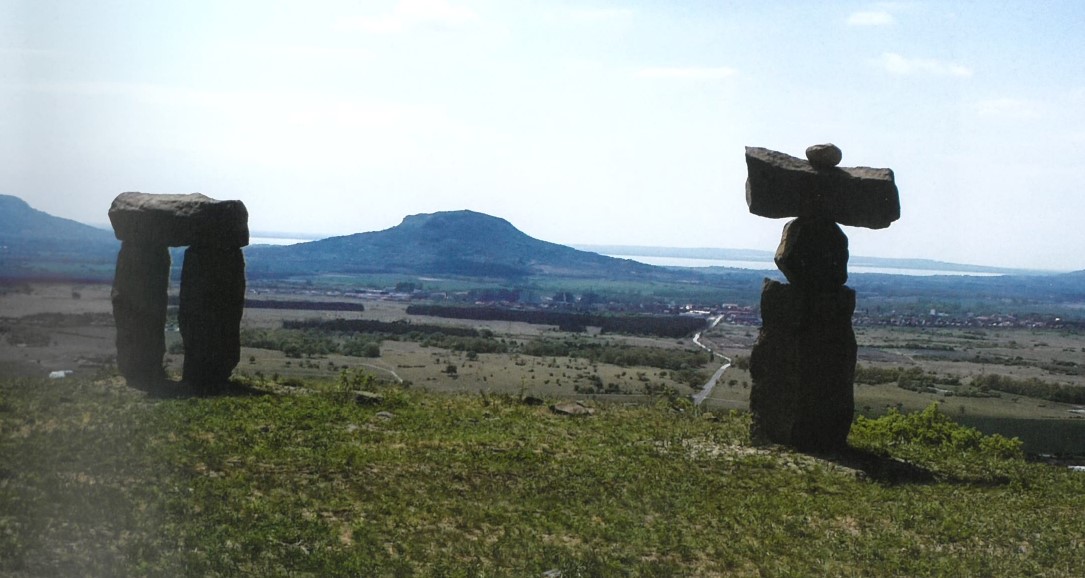